Get a healthy, gorgeous smile at Smiles By Julia 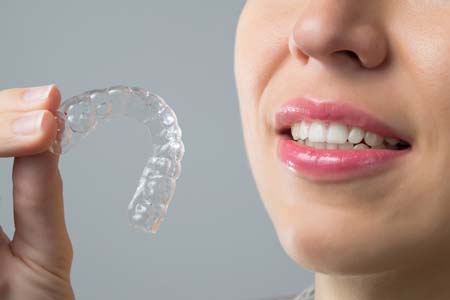 In Fort Lauderdale, two groups of Invisalign users are most influenced by its convenience and inconspicuous nature. The first is the largest user group and consists of adults. For adults, having the ability to straighten teeth without having to undergo the inconvenience of metal braces is a significant advantage. Additionally, patients can still eat whatever food they feel like and have the ability to straighten teeth without making it obvious that they are doing so. These are all factors that play an important role in selecting Invisalign  as a treatment option. Unfortunately, many parents have not made the same leap when it comes to getting treatment for their children and teenagers. Typically parents tend to prefer traditional braces for their children and for young ones this is typically the most effective option.  However, there is a strong case to be made for selecting Invisalign  for teenagers.

Teenage Invisalign is a treatment process that was specially developed for the teenage audience. Teenagers make up the second group of users that are most influenced by, and hence are more likely to choose Invisalign based on, the inconspicuous nature of the treatment. When you consider the teenage lifestyle, their busy schedules, the food they prefer to eat, peer pressure, and the importance that looks play in their social structure, it becomes apparent why teenagers prefer teenage Invisalign  over traditional alternatives like metal braces.

Invisalign Teen is exactly the same as the adult treatment option. It is an alternative to the traditional braces, where metal brackets and wires are used to straighten teeth. Instead, Invisalign Teen uses a series of clear, removable aligners which are worn for several hours of the day to gradually move the teeth into a proper alignment. These aligners are made of clear plastic, which means they are almost completely invisible. The aligners are also removable which allows your teenager to go about life as usual without having the food restrictions that would be placed on them if they wore traditional braces instead.

Food restrictions are among the number one reasons why parents everywhere are choosing to use the this system in lieu of traditional metal braces. When your child gets traditional braces, it comes with a laundry list of foods that your child cannot eat and makes your life far harder for having to enforce this no-eat zone. When the list includes everything from raw carrots to popcorn this quickly becomes a hassle both for the  parent, who has to enforce it, and for a teenager who has to remember to avoid certain foods. Additionally the metal braces tend to have an impact on sports, making it harder to wear a mouth guard.  Being in a band and playing musical instruments can also be more difficult. For example, playing a wind instrument can be uncomfortable more difficult with braces. With Invisalign Teen, none of these problems exist. Since the aligners are supposed to come out while eating, playing sports, playing an instrument and brushing teeth, there is no need for a teen to worry about being unable to live life like normal.

If you are interested in straightening your teeth or learning more about Invisalign Teen, call our office at 954-493-6556 and schedule a consultation.

Straighten Your Teeth For A Better Smile

An Invisalign® Dentist Provides The Facts About Straightening Teeth

As an Invisalign dentist, many people come in looking for ways to straighten their teeth.  We have several methods of doing so and have found that wearing clear aligners can be incredibly effective for our …

A modern way to straighten teeth, an Invisalign dentist has done away with the need for large deposits of metal in your mouth. This, in turn, has made it so that adults everywhere can get …

A Clear Solution To Straightening Teeth

If you are interested in Invisalign, give us a call and search for reviews from other patients about Invisalign. Does Invisalign Really WorkInvisalign uses a series of clear plastic aligners that are customized to the teeth …

Dentist visits: A great trip for the whole family »
« Schedule Your Smile Makeover and Retire in Fort Lauderdale With a Beautiful Smile