Reasons to Use Mouthwash for Oral Health 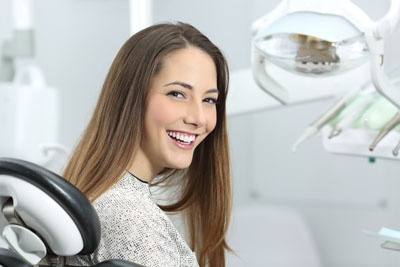 Mouthwash is an essential component of a complete oral hygiene routine. Too many people assume the sole benefit of mouthwash is to freshen breath. The truth is mouthwash benefits the mouth in a number of different ways. Here is a look at why nearly every patient should use mouthwash after flossing and brushing each night.

Mouthwash is the Perfect Follow-up to Flossing and Brushing

Mouthwash removes plaque that lingers on the teeth after flossing and brushing. It can also assist in the rinsing of food particles out of your mouth. This is the perfect third and final step of your nightly oral health care regimen. Swish about 20 milliliters of mouthwash each night after you brush and you will enjoy results in due time.

Mouthwash Cleans and Whitens the Teeth

Mouthwash really can cut down on the amount of tartar and plaque on the teeth. It also helps combat early-stage gum disease known as gingivitis. Certain mouthwashes even contain special ingredients to whiten your chompers.

Mouthwash is one of the best ways to cut down on bad breath, also known as halitosis. Bad breath is caused by a variety of factors, ranging from flawed oral hygiene to the consumption of specific foods, the use of medications, smoking, gum disease, dry mouth and certain medical disorders. Mouthwash kills that nasty bacteria that leads to bad breath. It also leaves the mouth smelling quite lovely. Furthermore, mouthwash moistens the mouth and loosens up those lingering food particles that cause bad breath. A moist mouth is important as a dry mouth with a lack of saliva will inevitably smell quite nasty.

Mouthwash is Essential to Preventing the Onset of Bacteria

The human mouth has between 10 and 50 billion bacteria along the teeth, tongue, gums, lips, and cheeks. A single tooth can host upwards of a billion bacteria. Even those who diligently floss and brush their teeth will likely have 1,000 to 100,000 bacteria along each tooth surface. In fact, once the teeth are brushed, a layer containing protein, saliva and bacteria will form on the surface of the tooth. This functions as a base for bacterial attachment and continued growth. It eventually leads to the onset of dental plaque due to the presence of excess bacteria.

The bottom line is brushing and flossing does not remove all of the bacteria and plaque from your mouth. Mouthwash is important for reaching the crevices and surfaces of the teeth including the tongue, gums and the lining of the lips and cheeks. These are the hard-to-reach areas floss and toothbrushes can't reach.

The Role of Alcohol in Mouthwash

Some mouthwash critics claim rinses with alcohol are problematic, especially for youngsters who might swallow instead of gargling/swishing. However, the alcohol in mouthwash plays the important role of breaching bacteria cell walls, making them inactive or simply killing them. Dentists often recommend mouthwashes with chlorhexidine as it can eliminate bacteria surprisingly quickly. Dentists also recommend using mouthwash with fluoride as it helps halt and even prevent tooth decay. Just be sure to refrain from eating or drinking for half an hour following the use of mouthwash so this concoction can work its magic.

Good oral hygiene can boost your immune system as the world battles the COVID-19 pandemic. The outbreak has led to many dentists in the U.S. only offering emergency services. Brushing twice a day and flossing once each day is even more important now to prevent oral problems that can lead to toothaches and discomfort.Here are…

Avoid A Root Canal With These Routine Dental Care Tips

Among all dental procedures, root canal therapy is one of the most dreaded among patients. This procedure can be expensive and inconvenient. It does not help that popular culture has spread the notion that a root canal is painful.While modern medicine has made root canal treatment quite painless, it is something you want to avoid.…

What Is Plaque And Why Is It Harmful?

Our bodies can provide an environment for plaque and the bacteria that causes it. When we do not take the appropriate steps to avoid having the environment in our mouths for plaque to form, it can be a downfall and cause many oral health issues. So, what exactly is plaque and how can it harm us?Plaque…

Questions To Ask Your Dentist About Dental Implant Restoration

A dental implant restoration is a popular method of replacing lost teeth. The implants mimic the function of natural tooth roots and support the final dental restoration while preserving jawbone tissue. When planning to fill a gap in a smile with dental implants, there are questions that are important to ask a dentist about the… 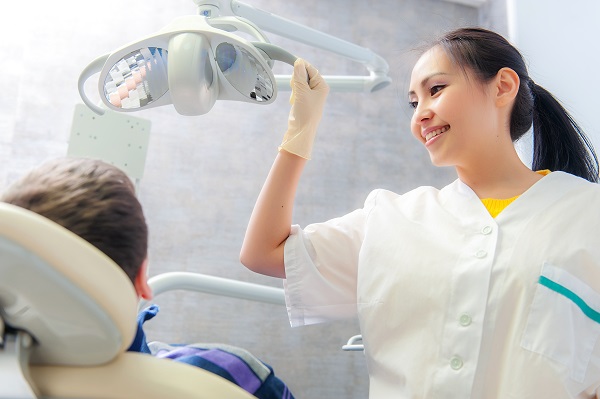